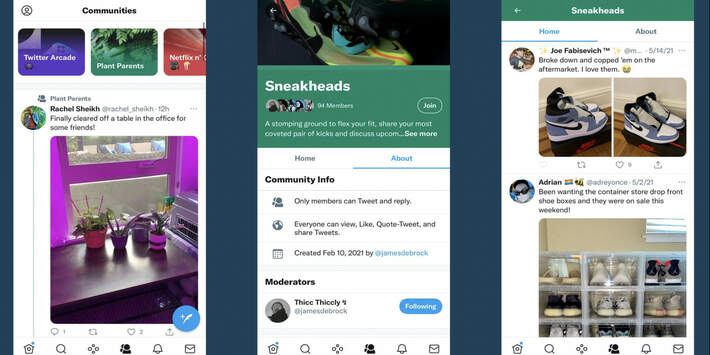 09.09. On Wednesday, Twitter announced Communities, a new invite-only feature letting users congregate around specific interests by joining semi-private groups. Communities will have moderators who determine rules and social norms within the groups. Twitter hopes this could provide more permanent homes for Twitter’s niche communities. The new tools Twitter is testing will give niche groups more control over who sees (and doesn’t see) their conversations, and give users an easier way to check in and see what these communities are saying. Reddit has always been organized by interest-based subreddits and Facebook has long had Groups, and Twitter doesn’t have a great track record with new features that mimic ones long-ago embraced by other platforms (RIP Fleets). Since many of these lowercase-c communities already exist on Twitter, though, uppercase-C Communities might have a chance. ShareEdit twitter

Most important News Topics within the last 24h